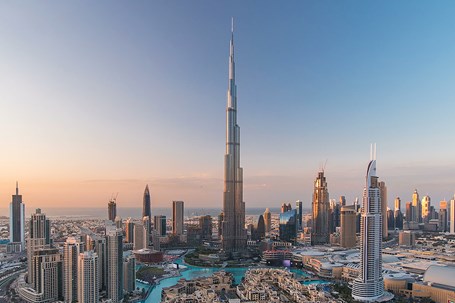 Burj Khalifa is the highest building/skyscraper ever made by humans at the height of 828 meters (2,717 feet). It is located in Dubai, United Arab Emirates.

Before the building opened the Burj Khalifa was called Burj Dubai.

The Burj Khalifa has 162 floors. The construction started in 2004 and was finished in 2009. The building was officially opened 4th of January 2010.

The building is higher than Taipei 101. Taipei 101 was the highest building in the world until Burj Khalif was built.

Adrian Smith was the person who designed the building. He worked with Skidmore, Owings, and Merrill until 2006.