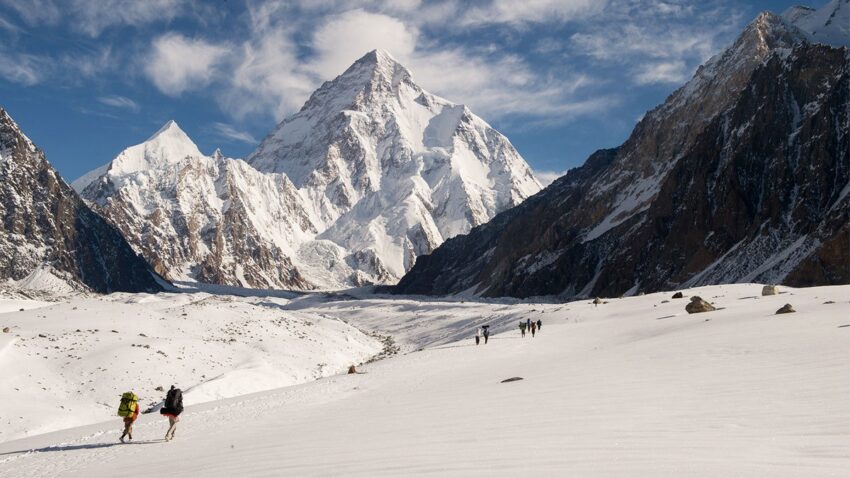 K2 is located on the China–Pakistan border between Baltistan in the Gilgit-Baltistan region of northern Pakistan, and Dafdar Township in Taxkorgan Tajik Autonomous County of Xinjiang, China.

K2 got its name when in 1856 Thomas George Montgomerie – a British officer working for the Great Trigonometrical Survey of India – climbed a small mountain in Kashmir. He spotted two prominent peaks over 200km away in the Karakoram and named them K1 and K2, the ‘K’ standing for the Karakoram. K1 was renamed Masherbrum – its local name. However, K2 appeared not to have a local name, possibly due to its remoteness.

Nearly 80 people have died while climbing K2 and only 300 have tried to climb K2.