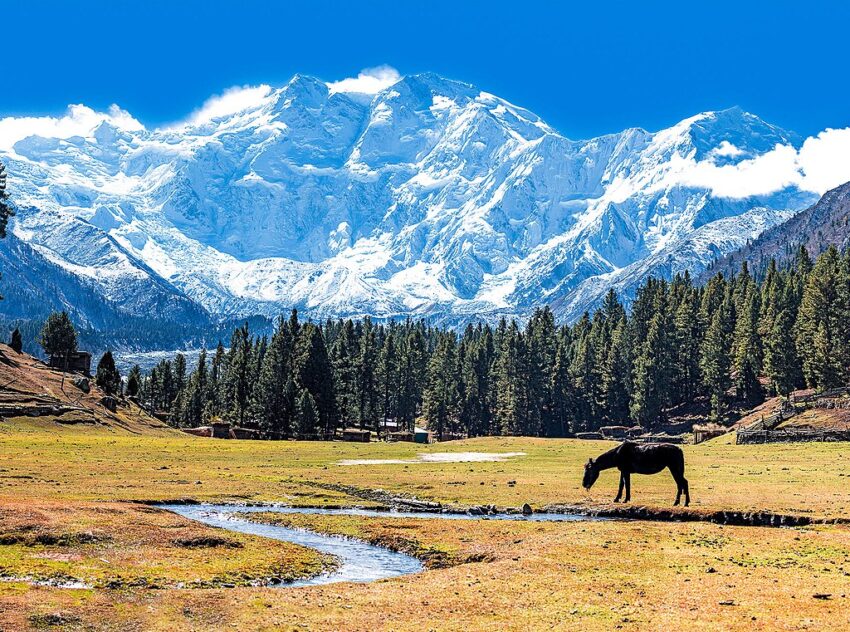 Nanga Parbat is the world’s 9.th highest mountain in the world and it is also world-famous.

Nanga Parbat is located in Nanga Parbat forms the western anchor of the Himalayan Range and is the westernmost eight-thousander. It lies just south of the Indus River in the Diamer District of Gilgit–Baltistan in the Pakistan-administered region of Kashmir, which in places flows more than seven kilometers below the high point of the massif.

The steep incline of its peak that rises above the ground far below make Nanga Parbat a difficult and dangerous climb. Many deaths in the mid and early 20th century gave it the nickname of “killer mountain”.