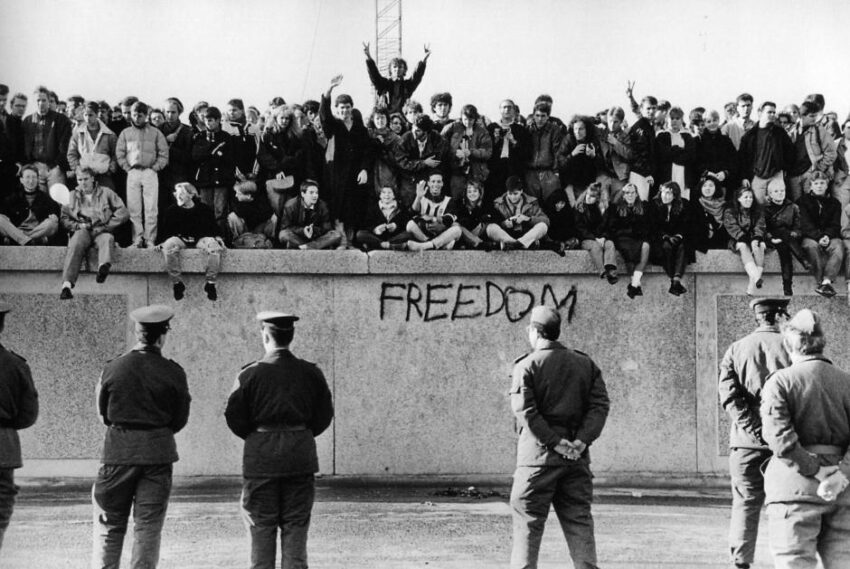 A democratic BRD was established, in the three western zones, while also in the Soviet zone, a state, called the GDR, was established. The GDR was based on communism and dictatorship.

The wall was built to separate East Berlin and West Berlin, so that the East German population was trapped in the communist GDR so that they could not flee to the West. This was to be done on the basis of preventing West Berlin from becoming richer and from gaining more rule and power.

After World War II, the rest of Germany was divided into four zones. The French, British and American zones, which formed the Western Allies, while the Soviet zone had to stand alone in the East.

In 1949, a democratic BRD was established, in the three western zones, while also in the Soviet zone, a state, called the GDR, was established. The GDR was based on communism and dictatorship.

Not very long after, there were problems with the cooperation between the GDR and the BRD-(The West). One of the problems was among other with the introduction of the D-Mark in the western part of Berlin (the D-Mark was a currency). This did not please the Soviet Union, and it created an enmity between the Western Allies and the Soviet Union. Some time later, it was decided that a wall should be built to separate East Berlin from West Berlin. This was to be done on the basis that many young and well-educated people fled from East Berlin to West Berlin. This was an advantage for West Berlin, as it only made them richer, but not for East Berlin, as they already did not have as good an economy as West Berlin.

On Sunday, August 13, 1961, East German workers, sharply guarded by soldiers, began to block the border between East Berlin and West Berlin. The wall consisted of two walls partly of concrete and partly of house walls.

At the beginning of the life of the Berlin Wall, one could wave to relatives over the wall. Since then, it became difficult due to distance and problems in maintaining the close relationships. The Berlin Wall separated families, friends and colleagues who were now prevented from having contact with each other. Even after the construction of the wall, many people tried to escape, despite the fact that the wall was sharply guarded and that the border guards from 1971 had orders to shoot everyone who tried to escape. The number of people killed during the escape attempt is unknown, but is probably over 200.

After the Cuba crisis in 1962, the United States and the Soviet Union became more vocal, and agreements were reached to limit the number of nuclear weapons. Yet there continued to be conflicts between the two superpowers. Now most things happened outside of Europe.

In 1989, massive protests spread throughout communist Eastern Europe. The very concrete rupture of the Iron Curtain between Eastern and Western Europe took place in September 1989, when the Hungarian government had opened the border with Austria to the East Germans. East German refugees could now come to Austria via Hungary and from there on to other western countries. The opening of the border triggered a mass exodus from East Germany, which made the GDR’s position as a state unsustainable, and thus caused other East Germans to demonstrate in order to have greater freedom and better living conditions. They were looking for a life where what they could see on television was happening in West Germany. Dissatisfaction and protests increased, and it was only a matter of time before the East German system would collapse. This finally happened on November 9, 1989.

If you put the Berlin Wall in perspective with North Korea, it is very reminiscent of Berlin, because they had the Berlin Wall, which divided the city in two, where today North Korea is a very closed country. It is very difficult to get in and out. In a way, North Korea and Berlin are similar as they both followed and follow the dictatorship ideology.

In many ways, North Korea and East Berlin are reminiscent of each other during the time of the Berlin Wall, as both places were shielded from the outside world and closely monitored. Fortunately, this is not how Berlin looks anymore, while North Korea is still a closed country today.

From my analysis, I can conclude that the Berlin Wall was built on the basis of being able to separate East Berlin from West Berlin and that the wall had the significance for the people of East and West Berlin that they were separated from their families and friends. The fall of the Berlin Wall was called the symbolic end of the Cold War, due to there were no more conflicts and about 200 people died in the attempt to escape from East Berlin.

Try out this Quiz if you want to know, how much information you now know about The Berlin Wall!